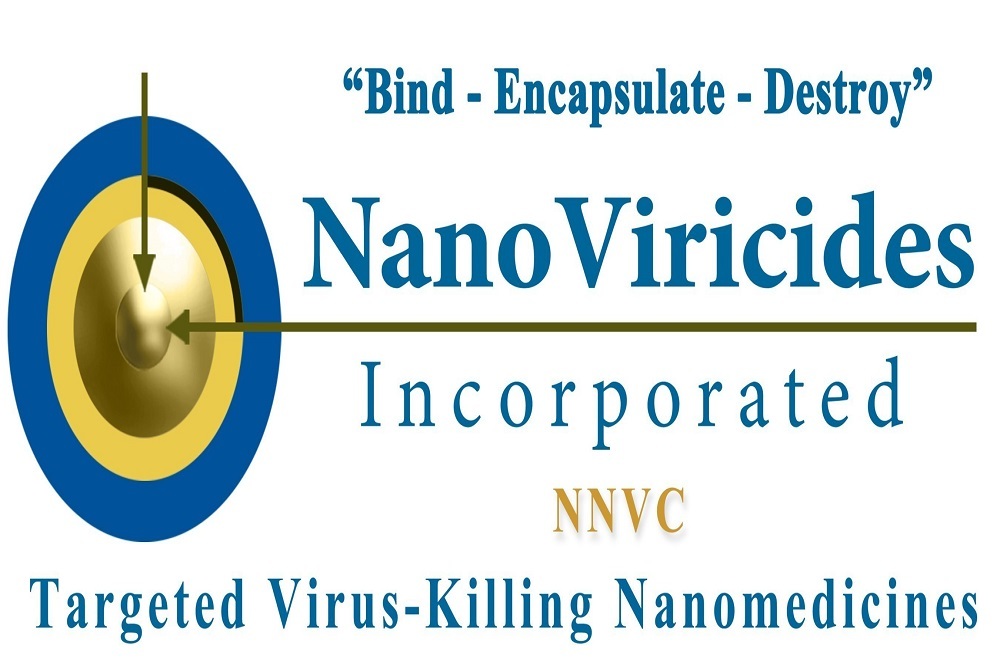 NanoViricides, Inc. (NYSE American: NNVC) (the "Company") a company with novel platform technology to treat difficult and life-threatening viral diseases, reports that US FDA has responded to its request for a pre-IND meeting. In addition, the Company reports that it has completed production of the drug product for the ensuing GLP Safety/Toxicology studies of its lead drug candidate in the HerpeCide™ program.

The Company reports that it has successfully completed the scale-up of the chemistries and production of kg-scale quantities of the drug substance or API, NV-HHV-101. The Company further reports that it has successfully scaled up and manufactured about 10kg of the drug product, as required for the ensuing GLP Safety/Toxicology ("Tox Package") studies. The production of the drug product, a dermal topical skin cream formulation of the API was at different API concentrations as required for the study. All of the production, including that of the API and of the drug products at various API concentrations, was performed under stringent conditions meeting regulatory requirements for the GLP Tox Package study.

The entire production was accomplished at the Company's own cGMP-capable manufacturing facility at Shelton, CT. The Company has now demonstrated that it has multi-kilogram per batch drug production capability.

The GLP Safety/Toxicology study is scheduled to begin in the second week of May at BASi, Evansville, IN, a Contract Research Organization that is specialized in IND-enabling safety/toxicology studies.

The Company also reports that it is preparing the pre-IND Meeting Submission Documents as required by the US FDA. The Company is developing its clinical program and these submission documents, for NV-HHV-101, formulated as a skin cream for topical application, with the help of regulatory affairs experts from the Biologics Consulting Group, Inc., Alexandria, VA.

The present indication for NV-HHV-101 is for the treatment of shingles rash caused by reactivation of the shingles virus, VZV (varicella-Zoster-Virus). VZV causes chickenpox in children as a result of primary infection, and then becomes latent. Reactivation occurs in adulthood when immune surveillance weakens, due to age, stress, or other immune-compromising factors, including other diseases.

The Company is also developing drugs against HSV-1 "cold sores" and HSV-2 "genital ulcers", both based on this same drug candidate, although final clinical candidates are in pre-clinical optimization stage for both of these indications as of now.

The Company recently reported that its first broad-spectrum drug candidate in the HerpeCide™ program, namely, NV-HHV-101, has successfully completed the non-GLP portion of the Safety/Toxicology studies that are required for filing an IND in order to initiate human clinical trials.

NV-HHV-101 is a broad-spectrum nanomedicine designed to attack herpesviruses that use the HVEM ("herpesvirus entry mediator") receptor on human cells. This drug candidate is composed of a flexible polymeric micelle "backbone" to which a number of small chemical ligands are chemically attached. The ligands in this case are designed to mimic the binding site of the herpesviruses on HVEM, based on molecular modeling. NV-HHV-101 is expected to bind to VZV via a number of binding sites (i.e. the ligands), thereby encapsulating the virus particle and destroying its ability to infect human cells. This "Bind, Encapsulate, Destroy" nanoviricide® strategy is distinctly different from the mechanism of action of existing antiviral drugs against VZV.

The Company has conducted a drug candidate optimization program using an ex vivo  human skin organ culture ("SOC") model of VZV infection, together with cell culture based VZV infection studies, to arrive at NV-HHV-101. The SOC model of VZV infection has been developed by Professor Jennifer Moffat at the Upstate Medical Center, SUNY, Syracuse, NY. It is the only pre-clinical model suitable for evaluating a topical therapy against shingles because VZV infects only humans. There is no animal model available for the evaluation of topical drugs against VZV infection.

NV-HHV-101 is formulated as a dermal cream to be applied topically on the rash. It is expected to reduce viral load at the site, thereby arresting the progress of the shingles rash, and minimizing damage to nerve endings in the area. It is generally believed that the damage to nerve endings caused by VZV that is replicated locally after it is released from the nerves initially leads to the severe "pins-and-needles" debilitating pain of shingles. Thus NV-HHV-101 is expected to minimize the entire pathology of shingles, including the rash, skin damage, nerve damage, and associated pain. The Company intends to focus  the initial clinical studies to evaluate the effect of application of NV-HHV-101 on the shingles rash.

Existing antivirals against VZV include oral derivatives of acyclovir. These drugs  requires activation by a viral enzyme, thymidilate kinase (vTK), for further cellular conversion to the active triphosphate form that interferes with the viral DNA polymerase. However, the vTK encoded by VZV has an extremely poor activity (compared to vTK from HSV-1 or HSV-2), and thus these drugs have very poor activity against VZV, and large oral dosages over extended periods are needed to be given for relatively small clinical benefit. Additionally, a dermal topical cream formulation of cidofovir is employed in very severe cases of shingles. Cidofovir is highly toxic, particularly towards kidneys. A safer, effective, drug is thus an unmet medical need for VZV.

Zostavax and other attenuated VZV (Oka strain) vaccines for chickenpox are available, but not widely adopted. These vaccines may lead to a less severe form of shingles in adulthood or at a later age ("rebound shingles"), compared to the "wild type" chickenpox virus. A new vaccine, Shingrix® has been introduced by GSK recently, based on subunits or protein fragments of the virus, which cannot lead to such rebound shingles, but suffers from a very severe side effects profile. Shingrix is not yet widely available, potentially due to difficulties in manufacturing.

The market size for a highly effective drug against shingles is projected to be in several billions of dollars, if it leads to substantial reduction in the advanced manifestation of the disease, namely PHN, by independent consultants. These market size estimates account for the effect of ZostaVax and the newly introduced Shingrix vaccine on the patient population size. PHN or "post-herpetic neuralgia" is the continuation of the debilitating pain of shingles well after the patient has recovered from the shingles rash episode itself. PHN is believed to be due to extensive damage to nerve endings in the area of the shingles rash, and is expected to be correlated with the severity of the shingles presentation (or viral load). A less effective drug that minimizes the pathology of the shingles rash alone is also projected to have a market size into a billion dollar range.

The Company also continues to evaluate this broad-spectrum drug candidate as well as certain variations based on the same candidate, for the treatment of other herpesviruses, namely HSV-1 cold sores and HSV-2 genital herpes. The market size for our immediate target drugs in the HerpeCide™ program is variously estimated into tens of billions of dollars. The Company believes that its dermal topical cream for the treatment of shingles rash will be its first drug heading into clinical trials. The Company believes that additional topical treatment candidates in the HerpeCide™ program, namely, HSV-1 "cold sores" treatment, and HSV-2 "genital ulcers" treatment are expected to follow the shingles candidate into IND-enabling development and then into human clinical trials.