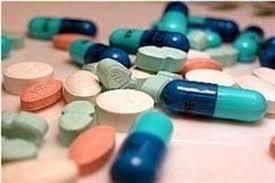 WASHINGTON -- A low percentage of cancer drugs that received accelerated Food and Drug Administration approval had positive results in the long run, according to a recent study by the Journal of the American Medical Association.

Dr. John Dale Dunn, an emergency physician in Brownwood, Texas and board certified in emergency medicine and legal medicine weighed in on the consequences for patients.

‘’It is variable, from using worthless or very ineffective drugs to using drugs with devastating side effects that are unpredictable--as, for example the immune response based treatments, that can have the effect of injury to normal organs,’’ Dunn told the FDA Reporter.

Dunn said the accelerated drug approval process needs to be slowed down to prevent the bad side effects and to prevent the use of drugs that are ineffective.

Where does the failure lie?

‘’Pretty simple,’’ Dunn said, "In the case of drugs for cancer--the sense of doom and the desire to make some breakthrough--that is, too often just wishful thinking at a very high level of consequences. not to mention some of these drugs are dramatically expensive, on the order of $5,000 to $10,000 per dose.’’

Dunn said he recently talked to an oncologist about the the situation.

‘’ It's easy to say new drugs may produce breakthroughs and push, but there are consequences--side effects that can be devestating, almost incomprehensible in the case of immune related drugs,’’ Dunn said

‘’As [an oncologist] with 40-plus years of experience of treating cancer, a man who has an impeccable reputation as a person of integrity and wisdom he said to me, I am becoming a nihilist about these new breakthrough drugs because there are so many and there is so much economic motivation in the promotion of new drugs and new regimes for treatment of cancer. Sure, cancer is bad and deadly and such, and what he is saying is that there is a downside to pushing every new supposedly breakthrough drug with limited testing. It's called a false promise, and worse, a false promise along with unintended complications and consequences that can make things worse.’’

The FDA sent a written response to CNN stating, "The FDA only approves drugs when the data received in a drug application demonstrate a favorable risk-benefit profile. Patients with refractory diseases often have few or no therapeutic options and we take that into account when examining the risk-benefit profile of these drugs. We have had multiple discussions over a number of years within the global scientific and patient community, including with the Oncologic Drugs Advisory Committee, regarding the use of progression-free survival, response rate, and other endpoints to support approval of drugs that treat cancer. It has been widely accepted that benefit can be demonstrated by a number of endpoints, not just overall survival.’’