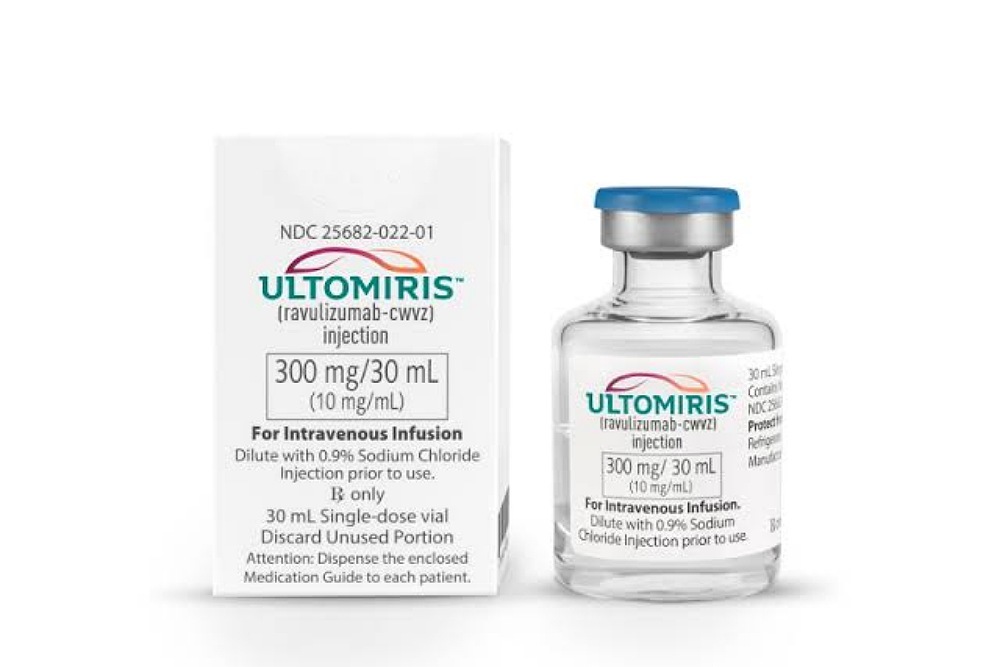 “This acceptance is an important step in our efforts to deliver a potential new standard of care to people living with this devastating disease,” said John Orloff, M.D., Executive Vice President and Head of Research & Development at Alexion. “We look forward to working closely with the FDA to facilitate a rapid review of this application.”

Atypical HUS, also known as complement-mediated TMA, is a severe and chronic ultra-rare disease that can cause progressive damage to vital organs, predominantly the kidneys, leading to kidney failure and premature death.

The sBLA is based on previously announced results, which were recently presented at the European Renal Association – European Dialysis and Transplant Association (ERA-EDTA) Congress, from the Phase 3 study of ULTOMIRIS in people with aHUS, which met the primary endpoint of complete TMA response, defined by hematologic normalization and improved kidney function.

ULTOMIRIS® (ravulizumab-cwvz) is a prescription medicine called a monoclonal antibody. ULTOMIRIS is used to treat adults with a disease called Paroxysmal Nocturnal Hemoglobinuria (PNH). It is not known if ULTOMIRIS is safe and effective in children.

Meningococcal vaccines must be received at least 2 weeks before the first dose of ULTOMIRIS if one has not already had this vaccine. If one’s doctor decided that urgent treatment with ULTOMIRIS is needed, meningococcal vaccination should be administered as soon as possible. If one has not been vaccinated and ULTOMIRIS therapy must be initiated immediately, 2 weeks of antibiotics should also be administered with the vaccinations. If one had a meningococcal vaccine in the past, additional vaccination might be needed before starting ULTOMIRIS. Call one’s doctor or get emergency medical care right away if any of these signs and symptoms of a meningococcal infection occur: headache with nausea or vomiting, headache with a stiff neck or stiff back, fever and a rash, muscle aches with flu-like symptoms, headache and fever, fever, confusion, and eyes sensitive to light.

ULTOMIRIS is only available through a program called the ULTOMIRIS REMS.

ULTOMIRIS may also increase the risk of other types of serious infections. People who take ULTOMIRIS may have an increased risk of getting infections caused by Streptococcus pneumoniae and Haemophilus influenzae. Certain people may also have an increased risk of gonorrhea infection. To find out if one is at risk for gonorrhea infection, about gonorrhea prevention, and regular testing, talk to the healthcare provider. Call the healthcare provider right away if one has any new signs or symptoms of infection.

Before one receives ULTOMIRIS, tell the doctor about all of the medical conditions, including if one: has an infection or fever, are pregnant or plan to become pregnant, and are breastfeeding or plan to breastfeed. It is not known if ULTOMIRIS will harm an unborn baby. It is not known if ULTOMIRIS passes into the breast milk. One should not breast feed during treatment and for 8 months after one’s final dose of ULTOMIRIS.

Tell the doctor about all the medicines one takes, including prescription and over-the-counter medicines, vitamins, and herbal supplements. ULTOMIRIS and other medicines can affect each other causing side effects. Know the medications one takes and the vaccines one receives. Keep a list of them to show the doctor and pharmacist when one gets a new medicine.

Please see the full Prescribing Information and Medication Guide for ULTOMIRIS, including Boxed WARNING regarding serious and life-threatening meningococcal infections/sepsis.

Alexion is a global biopharmaceutical company focused on serving patients and families affected by rare diseases through the discovery, development and commercialization of life-changing therapies. As the global leader in complement biology and inhibition for more than 20 years, Alexion has developed and commercializes two approved complement inhibitors to treat patients with paroxysmal nocturnal hemoglobinuria (PNH) as well as the first and only approved complement inhibitor to treat atypical hemolytic uremic syndrome (aHUS) and anti-acetylcholine receptor (AchR) antibody-positive generalized myasthenia gravis (gMG), and is also developing it for patients with neuromyelitis optica spectrum disorder (NMOSD). Alexion also has two highly innovative enzyme replacement therapies for patients with life-threatening and ultra-rare metabolic disorders, hypophosphatasia (HPP) and lysosomal acid lipase deficiency (LAL-D). In addition, the company is developing several mid-to-late-stage therapies, including a second complement inhibitor, a copper-binding agent for Wilson disease and an anti-neonatal Fc receptor (FcRn) antibody for rare Immunoglobulin G (IgG)-mediated diseases as well as several early-stage therapies, including one for light chain (AL) amyloidosis and a second anti-FcRn therapy. Alexion focuses its research efforts on novel molecules and targets in the complement cascade and its development efforts on the core therapeutic areas of hematology, nephrology, neurology, and metabolic disorders. Alexion has been named to the Forbes’ list of the World’s Most Innovative Companies seven years in a row and is headquartered in Boston, Massachusetts’ Innovation District. The company also has offices around the globe and serves patients in more than 50 countries. This press release and further information about Alexion can be found at: www.alexion.com.