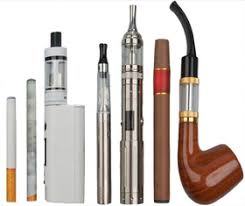 With the rise of e-cigarettes and other popular vape products being consumed by young people, government entities are scrambling to find a solution to address the problem.

The Food and Drug Administration has weighed in with a number of proposed policy changes and so has the National Association of Convenience Stores.

NACS president Henry Armour wrote in an oped published by the CNBC website that “the FDA’s proposed policy cuts against what is known about young people getting e-cigarettes. The proposal is counter-productive; it will make youth e-cigarette use and addiction worse, not better.”

Armour wrote that one of the FDA proposals revolved around flavored e-cigarettes and that they should only be sold in adult stores or on the Internet.

“The flawed assumption central to FDA’s proposal is that young people primarily get e-cigarettes from convenience stores — where minors are allowed and most e-cigarettes are sold. That may have some superficial appeal. But research shows that’s just not true,” Armour wrote.

The NACS put together a chart.

— First the NASC hopes to improve retailer training and increase fines for violations of the National Tobacco Act.

— Second, the NASC would make internet sales of e-cigarettes are subject to the same rules as cigarettes.

— Third, the NASC wants to crack down on illicit sales.

— Fourth, the NASC would institute penalties for minors who illegally purchase or possess e-cigarettes.