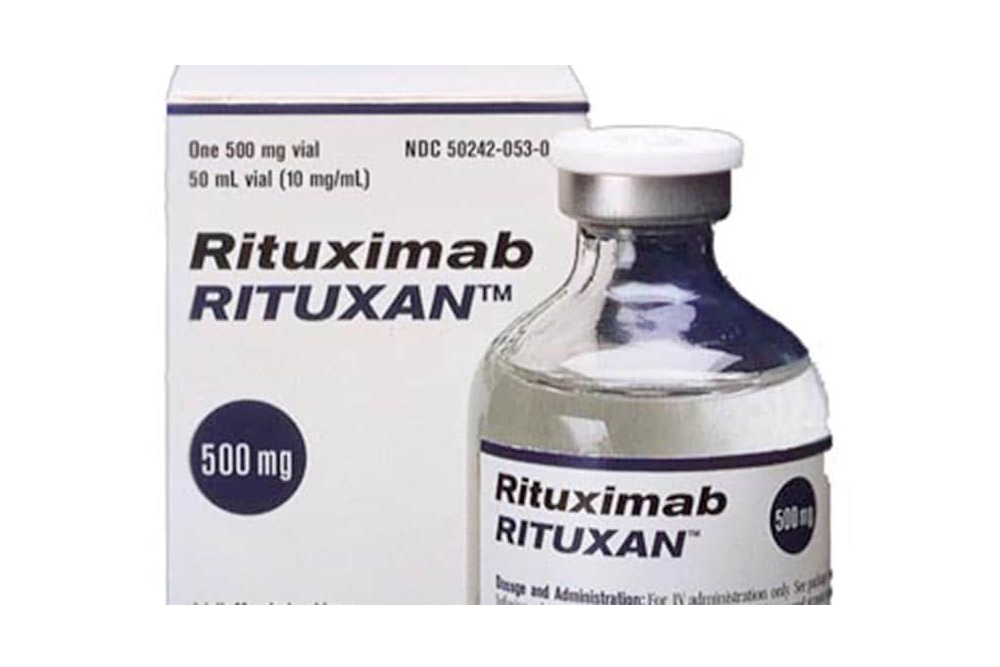 The U.S. Food and Drug Administration today approved Rituxan (rituximab) injection to treat granulomatosis with polyangiitis (GPA) and microscopic polyangiitis (MPA) in children 2 years of age and older in combination with glucocorticoids (steroid hormones). It is the first approved treatment for children with these rare vasculitis diseases, in which a patient’s small blood vessels become inflamed, reducing the amount of blood that can flow through them. This can cause serious problems and damage to organs, most notably the lungs and the kidneys. It also can impact the sinuses and skin.

“The Rituxan application for pediatric GPA and MPA was approved under a priority review, and with orphan designation, to fulfil an unmet medical need for these rare and serious diseases. Rituxan provides a treatment option that has not existed until now for children who suffer from these diseases,” said Nikolay Nikolov, M.D., associate director for rheumatology of the Division of Pulmonary, Allergy and Rheumatology Products in the FDA’s Center for Drug Evaluation and Research.

The safety profile in pediatric patients with GPA, formerly known as Wegener's granulomatosis, and MPA was consistent in type, nature and severity with the known safety profile of Rituxan in adult patients with autoimmune diseases, including GPA and MPA. The pediatric clinical trial consisted of 25 patients ages 6 to 17 years with active GPA and MPA who were treated with Rituxan or non-U.S.-licensed rituximab in an international multicenter, open-label, single-arm, uncontrolled study. All patients were given methylprednisolone prior to starting treatment.

During the clinical trial, after a 6-month remission induction phase where patients were treated only with Rituxan or non-U.S.-licensed rituximab and glucocorticoids, patients who had not achieved remission – or who had progressive disease or an uncontrolled flare-up (when disease symptoms suddenly worsen) – could receive additional treatment, including other therapies, at the discretion of the investigator. In total, 14 of the patients were in remission at the 6-month mark. After 18 months, all 25 patients were in remission. Additional pharmacokinetic (exposure) and safety information supported the use of Rituxan in patients 2 years to 5 years of age with GPA/MPA. The most common side effects in the pediatric study were infections, infusion-related reactions and nausea. Hypogammaglobulinemia (reduced serum immunoglobulin levels) has also been observed in pediatric GPA and MPA patients treated with the study products.

The most common side effects of Rituxan are infections, infusion-related reactions, abnormally low level of lymphocytes in the blood (lymphopenia) and anemia. Health care professionals are advised to monitor patients for tumor lysis syndrome (a treatment complication where tumor cells are killed off at the same time and released into the bloodstream), cardiac adverse reactions, damage to kidneys (renal toxicity), and bowel obstruction and perforation (small hole formation).

The doctor and patient information for Rituxan contains a boxed warning to draw attention to increased risks of the following: fatal infusion reactions; potentially fatal severe skin and mouth reactions; hepatitis B virus reactivation that may cause serious liver problems, including liver failure and death; and progressive multifocal leukoencephalopathy, a rare, serious brain infection that can result in severe disability or death. This product must be dispensed with a patient Medication Guide that provides important information about the drug’s uses and risks.

Rituxan received priority review designation, under which the FDA’s goal is to take action on an application within six months where the agency determines that the drug, if approved, would significantly improve the safety or effectiveness of treating, diagnosing or preventing a serious condition. Rituxan also received orphan drug designation, which provides incentives to assist and encourage the development of drugs for rare diseases.

The FDA granted the approval of Rituxan to Genentech.