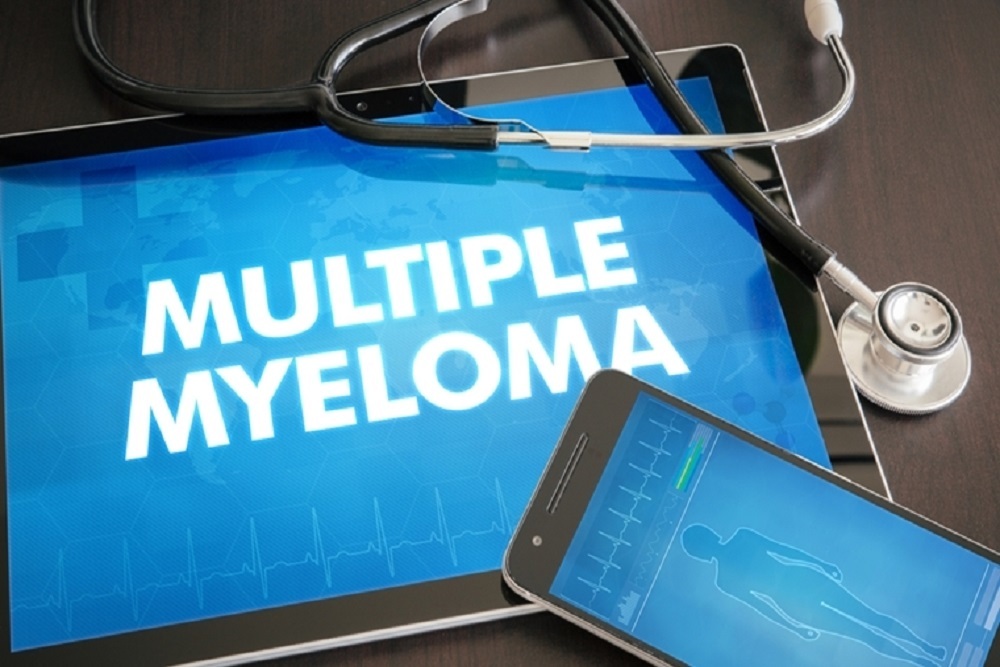 The Janssen Pharmaceutical Companies of Johnson & Johnson announced today initial results from the Phase 1b/2 CARTITUDE-1 study (NCT03548207) evaluating the efficacy and safety of JNJ-68284528 (JNJ-4528), an investigational B cell maturation antigen (BCMA)-directed chimeric antigen receptor T cell (CAR-T) therapy being evaluated in the treatment of patients with relapsed or refractory multiple myeloma. The study enrolled patients who have received at least three prior lines of therapy or are double refractory to a proteasome inhibitor (PI) and an immunomodulatory drug (IMiD); have received a PI, IMiD and an anti-CD38 antibody; and who progressed on or within 12 months of their last line of therapy. The CARTITUDE-1 study results, premiering at the 2019 American Society of Hematology (ASH) Annual Meeting, are featured as an oral presentation and highlighted in the official ASH press program (Abstract #577). These data also supported the recently announced U.S. Food and Drug Administration Breakthrough Therapy Designation for JNJ-4528.

"These initial results from the Phase 1b portion of the CARTITUDE-1 study highlight a compelling clinical profile for JNJ-4528 in heavily pre-treated patients with relapsed or refractory multiple myeloma," said Deepu Madduri, M.D., Assistant Professor of Medicine, Hematology and Medical Oncology, Tisch Cancer Institute at Mount Sinai, New York, and principal study investigator. "With the CARTITUDE-1 expansion cohort fully enrolled and all patients dosed, we look forward to collecting additional efficacy and safety data to further define the profile of this BCMA-targeted CAR-T therapy."

"We are encouraged by the overall response reported in patients receiving JNJ-4528, results that build upon the LEGEND-2 study data as reported in Chinese patients and now show promise in U.S. patients," said Sen Zhuang, M.D., Ph.D., Vice President, Oncology Clinical Development, Janssen Research & Development, LLC. "We are committed to advancing this novel BCMA-targeted CAR-T therapy through clinical development and bringing this immunotherapy to patients who are still in need of effective therapies to rapidly control their disease."

JNJ-4528 is a structurally differentiated CAR-T with two BCMA-targeting single domain antibodies.1 LCAR-B38M identifies the investigational product in China, sponsored by Janssen development partner, Legend Biotech. JNJ-4528 identifies the investigational product with the same CAR construct being studied in the U.S. and Europe.

Safety and efficacy results observed in the CARTITUDE-1 study were consistent with the LEGEND-2 study of LCAR-B38M, sponsored by Legend Biotech. In follow-up data from the LEGEND-2 study presented at ASH (Abstract #579), investigators reported the long-term response and safety profile for LCAR-B38M. Overall response rates of 88 percent were observed, with 46 percent of all-treated patients and 64 percent of the MRD-negative patients with CR remaining progression-free. The median progression-free survival (PFS) for all-treated patients was 20 months (range, 10–28); median PFS for MRD-negative patients with CR was 28 months (range, 20–31).2

In a separate oral presentation (Abstract #928), data highlighting post-infusion CAR+ T cell expansion in the bone marrow and blood of patients enrolled in the CARTITUDE-1 study will be reported. While both CD4+ and CD8+ CAR+ T cells expanded in vivo, a preferential expansion of memory CD8+ CAR+ T cells was observed at peak expansion. These and other correlative studies are being conducted to better understand the immune mechanisms associated with response to JNJ-4528, and suggest that the high anti-myeloma activity of JNJ-4528 seen at a relatively low T cell dose is potentially related to its preferential and consistent in vivo expansion of CD8+ CAR+ T cells.

CARTITUDE-1 (NCT03548207) is an ongoing Phase 1b/2, open-label, multicenter study evaluating the safety and efficacy of JNJ-68284528 in adults with relapsed or refractory multiple myeloma who have received at least three prior lines of therapy or are double refractory to a PI and an IMiD; have received a PI, IMiD and an anti-CD38 antibody; and who progressed on or within 12 months of their last line of therapy. The primary objective of the Phase 1b portion of the study is to characterize the safety and confirm the dose of JNJ-68284528, which was informed by the first-in-human study with LCAR-B38M CAR-T cells (LEGEND-2). The primary objective for the Phase 2 portion of the study is to evaluate the efficacy of JNJ-68284528 (primary endpoint: overall response rate as defined by the International Myeloma Working Group response criteria).

LEGEND-2 (NCT03090659) is an ongoing Phase 1/2, single-arm, open-label study being conducted at four participating hospitals in China evaluating the efficacy and safety of LCAR-B38M for the treatment of patients with relapsed or refractory multiple myeloma.

JNJ-68284528 (LCAR-B38M) is an investigational chimeric antigen receptor T cell (CAR-T) therapy for the treatment of patients with relapsed or refractory multiple myeloma. The design comprises a structurally differentiated CAR-T with two BCMA-targeting single domain antibodies. In December 2017, Janssen entered into an exclusive worldwide license and collaboration agreement with Legend Biotech to develop and commercialize JNJ-68284528 (LCAR-B38M). In May 2018, Janssen initiated a Phase 1b/2 trial (NCT03548207) to evaluate the efficacy and safety of JNJ-68284528 in adults with relapsed or refractory multiple myeloma, informed by the LEGEND-2 study results.

On December 6, Janssen announced receipt of a Breakthrough Therapy Designation from the FDA, which is granted to expedite the development and regulatory review of an investigational medicine that is intended to treat a serious or life-threatening condition. In February 2019, the FDA granted Janssen an Orphan Drug Designation for JNJ-4528. In April 2019, JNJ-68284528 was granted PRIME (PRIority MEdicines) designation by the European Medicines Agency (EMA). PRIME offers enhanced interaction and early dialogue to optimize development plans and speed up evaluation of cutting-edge, scientific advances that target a high unmet medical need.3

About CAR-T and BCMA

CAR-T cells are an innovative approach to eradicating cancer cells by harnessing the power of a patient's own immune system. BCMA is a protein that is highly expressed on myeloma cells.

Multiple myeloma is an incurable blood cancer that occurs when malignant plasma cells grow uncontrollably in the bone marrow.4,5 Refractory cancer occurs when a patient's disease is resistant to treatment or in the case of multiple myeloma, when patients progress within 60 days of their last therapy.6,7 Relapsed cancer means the disease has returned after a period of initial, partial or complete remission.8 In 2018, it is estimated that 30,700 people will be diagnosed and 12,770 will die from the disease in the U.S.9 Most patients are diagnosed due to symptoms, which can include bone fracture or pain, low red blood cell counts, fatigue, calcium elevation, kidney problems or infections.10

About the Janssen Pharmaceutical Companies of Johnson & Johnson

At Janssen, we're creating a future where disease is a thing of the past. We're the Pharmaceutical Companies of Johnson & Johnson, working tirelessly to make that future a reality for patients everywhere by fighting sickness with science, improving access with ingenuity, and healing hopelessness with heart. We focus on areas of medicine where we can make the biggest difference: Cardiovascular & Metabolism, Immunology, Infectious Diseases & Vaccines, Neuroscience, Oncology, and Pulmonary Hypertension.