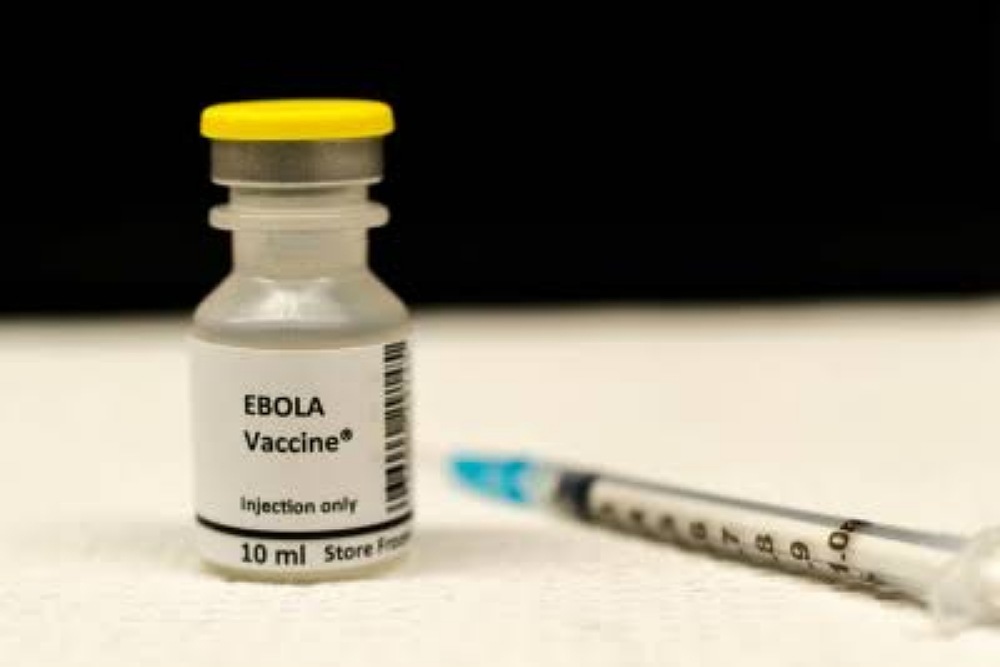 The U.S. Food and Drug Administration announced today the approval of Ervebo, the first FDA-approved vaccine for the prevention of Ebola virus disease (EVD), caused by Zaire ebolavirus in individuals 18 years of age and older. Cases of EVD are very rare in the U.S., and those that have occurred have been the result of infections acquired by individuals in other countries who then traveled to the U.S., or health care workers who became ill after treating patients with EVD.

“While the risk of Ebola virus disease in the U.S. remains low, the U.S. government remains deeply committed to fighting devastating Ebola outbreaks in Africa, including the current outbreak in the Democratic Republic of the Congo,” said Anna Abram, FDA Deputy Commissioner for Policy, Legislation, and International Affairs. “Today’s approval is an important step in our continuing efforts to fight Ebola in close coordination with our partners across the U.S. Department of Health and Human Services, as well as our international partners, such as the World Health Organization. These efforts, including today’s landmark approval, reflect the FDA’s unwavering dedication to leveraging our expertise to facilitate the development and availability of safe and effective medical products to address urgent public health needs and fight infectious diseases, as part of our vital public health mission.”

EVD is contagious and is transmitted through direct contact with blood, body fluids and tissues of infected wild animals or people, as well as with surfaces and materials, such as bedding and clothing, contaminated with these fluids. Onset of symptoms of EVD can be sudden and can include fever, fatigue, muscle pain, headache and sore throat. This is followed by vomiting, diarrhea, rash, impaired kidney and liver function and in some cases internal and external bleeding. EVD has an incubation period that ranges from 2 to 21 days. Individuals who provide care for people with EVD, including health care workers who do not use correct infection control precautions, are at the highest risk for infection.

Confirmed outbreaks of EVD have been documented since the 1970s, primarily in areas of sub-Saharan Africa, where scientists believe the virus is always present at low levels in certain infected wild animals. On rare occasions, people become sick with EVD after coming into direct contact with infected animals, which can then lead to EVD outbreaks when the virus spreads between people.

An outbreak in three West African countries (Guinea, Liberia and Sierra Leone) from 2014 to 2016 resulted in more than 28,000 cases of EVD and more than 11,000 deaths that were caused by Zaire ebolavirus.

The Democratic Republic of the Congo (DRC) is currently experiencing the world’s second largest EVD outbreak. In 2018, the World Health Organization (WHO) and the DRC began to use Ervebo as an investigational vaccine under an expanded access program to help mitigate this outbreak. With or without vaccination, it is critical to implement appropriate infection control and prevention measures as part of efforts to prevent the spread of EVD.

“Ebola virus disease is a rare but severe and often deadly disease that knows no borders. Vaccination is essential to help prevent outbreaks and to stop the Ebola virus from spreading when outbreaks do occur,” said Peter Marks, M.D., Ph.D., director of the FDA’s Center for Biologics Evaluation and Research. “The FDA’s approval of Ervebo is a major advance in helping to protect against the Zaire ebolavirus as well as advancing U.S. government preparedness efforts. The research approach used to study the effectiveness and safety of this vaccine was precedent-setting during a public health emergency and may help create a model for future studies under similar circumstances. The FDA is committed to continuing our work across the U.S. government and with our international partners to prevent future Ebola outbreaks and mitigate the current outbreak in the DRC, reflecting our nation’s commitment to preparing for and responding to biological threats, like Ebola.”

The approval of Ervebo is supported by a study conducted in Guinea during the 2014-2016 outbreak in individuals 18 years of age and older. The study was a randomized cluster (ring) vaccination study in which 3,537 contacts, and contacts of contacts, of individuals with laboratory-confirmed EVD received either “immediate” or 21-day “delayed” vaccination with Ervebo. This noteworthy design was intended to capture a social network of individuals and locations that might include dwellings or workplaces where a patient spent time while symptomatic, or the households of individuals who had contact with the patient during that person’s illness or death. In a comparison of cases of EVD among 2,108 individuals in the “immediate” vaccination arm and 1,429 individuals in the “delayed” vaccination arm, Ervebo was determined to be 100% effective in preventing Ebola cases with symptom onset greater than 10 days after vaccination. No cases of EVD with symptom onset greater than 10 days after vaccination were observed in the “immediate” cluster group, compared with 10 cases of EVD in the 21-day “delayed” cluster group.

The safety of Ervebo was assessed in approximately 15,000 individuals in Africa, Europe and North America. The most commonly reported side effects were pain, swelling and redness at the injection site, as well as headache, fever, joint and muscle aches and fatigue.

Ervebo is administered as a single-dose injection, and is a live, attenuated vaccine that has been genetically engineered to contain a protein from the Zaire ebolavirus.

The FDA granted this application Priority Review and a Tropical Disease Priority Review Voucher under a program intended to encourage development of new drugs and biologics for the prevention and treatment of certain tropical diseases. The FDA also granted Breakthrough Therapy designation for Ervebo to facilitate the development and scientific evaluation of the vaccine. Because of the public health importance of a vaccine to prevent EVD, the FDA worked closely with the company and completed its evaluation of the safety and effectiveness of Ervebo in less than six months.

The approval was granted to Merck & Co., Inc.