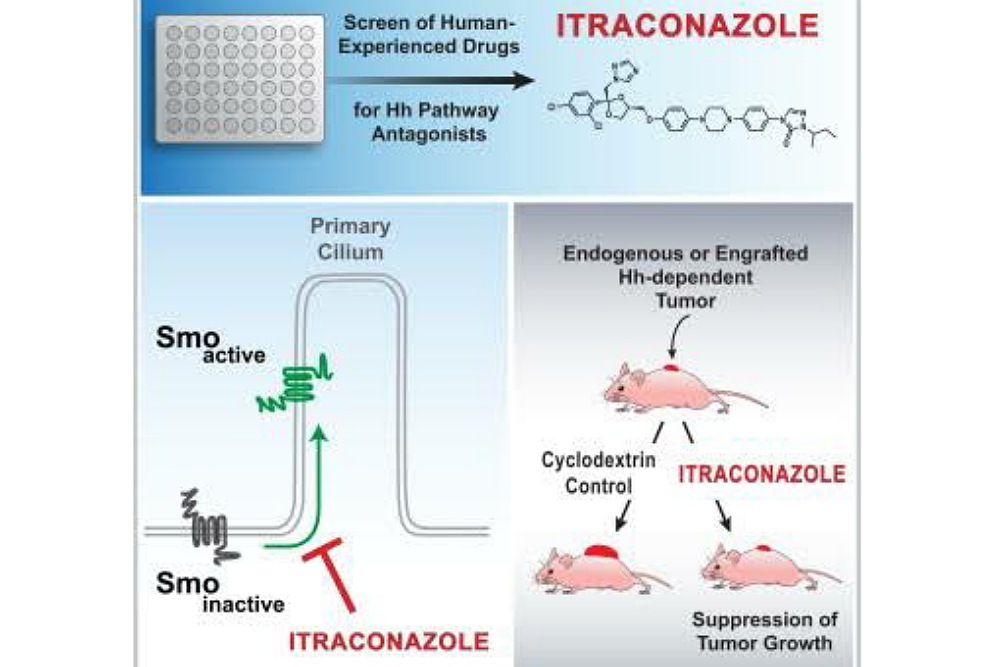 INHIBITOR Therapeutics, Inc. (OTCQB: INTI), a biopharmaceutical company focused on the discovery, development and commercialization of innovative therapeutics to inhibit progression of cancerous and non-cancerous proliferation disorders, today announced that the company has received Investigational New Drug (IND) clearance from the U.S. Food and Drug Administration (FDA) to initiate an IND-opening clinical study as a two-part, multi-center, randomized, double-blind, placebo-controlled, Phase 2b clinical trial that will evaluate the efficacy and safety of SUBA-Itraconazole capsules dosed in combination with docetaxel and prednisone in patients with metastatic castrate resistant prostate cancer (mCRPC).

The Phase 2b trial is named PREDICT (Prostate Response Evaluating Docetaxel Itraconazole Combination Therapy).  The PREDICT trial is expected to be carried out across approximately 35 sites in six countries in North America, Western Europe and Eastern Europe.

Approximately 23,000 men in the U.S. are diagnosed each year with late-stage mCRPC that no longer responds well to androgen deprivation therapy (ADT) or previous treatment with chemotherapy or newer stand-alone anti-androgen therapies such as abiraterone, enzalutamide or apalutamide. SUBA-Itraconazole will be tested to determine its potential to address an unmet need in these patients, who exhibit disease progression or who have discontinued the other therapies due to toxicity or other reasons.

Nicholas J. Virca, INHIBITOR's President and CEO, said: "Following a face-to-face End-of-Phase-2 meeting with FDA last October and our submission of an IND application thereafter, I am pleased to announce that we have received IND clearance for our PREDICT trial.  FDA confirmed that we can follow the 505(b)(2) regulatory pathway and, assuming positive results demonstrating an improvement in radiographic progression-free survival (rPFS) as our primary endpoint, also indicated that the general design and planned analysis of our study would adequately address the objectives necessary to support an eventual New Drug Application (NDA) submission for this indication.  FDA also indicated that the final analysis of the key secondary endpoint of overall survival (OS) can occur following submission of the NDA for approval in the United States."

Mr. Virca continued: "I would once again like to acknowledge the efforts of our regulatory and clinical team members during 2019 to achieve this level of progress for our SUBA-Itraconazole Prostate program.  We look forward to further updating our shareholders as we take subsequent steps to move this program into the clinic."

About Itraconazole in Prostate Cancer

In late-stage prostate cancer, up-regulation of the Hedgehog pathway in cells results in oncogene expression, which can interfere with the binding of ADT drugs to the androgen receptor (AR), causing biochemical resistance leading to mCRPC.  Itraconazole acts on the essential Hedgehog signaling pathway component called smoothened (SMO) in human cells in a different manner than the FDA-approved drug vismodegib by preventing the ciliary accumulation of SMO normally caused by the Hedgehog pathway.  Itraconazole also has a much shorter half-life than vismodegib, which may be the reason it appears to have fewer side effects than what has been reported for vismodegib in recent publications regarding its use in treating basal cell carcinoma. Thus, INHIBITOR believes that itraconazole may be more suitable than vismodegib for use in combination with chemotherapy due to its lower toxicity profile.  Itraconazole has been tested as a treatment for mCRPC in a multi-institutional Phase 2 trial led by a prominent U.S. university and published in 2013. This trial showed that 90% of men with prostate specific antigen (PSA)-doubling times of less than 6 months, who achieved therapeutic levels of itraconazole, showed promising PSA reductions that correlated significantly with rPFS. INHIBITOR also believes that the improved bioavailability of SUBA-Itraconazole may provide additional benefits to prostate cancer patients in two ways: 1) by achieving higher therapeutic levels of itraconazole at lower doses than those reported in the 2013 Phase 2 study, which used the generic formulation of the drug, and 2) by reducing the dose of chemotherapy based on enhanced uptake of docetaxel in the presence of itraconazole.

No assurances can be given, however, that the clinical study referenced herein will be found by FDA to be sufficient for an NDA filing or, even if the NDA is accepted for filing, that the NDA will ultimately be approved by FDA.

INHIBITOR Therapeutics, Inc. (OTCQB: INTI) is a pharmaceutical development company that discovers, develops and plans to commercialize innovative therapeutics to inhibit the progression of cancerous and non-cancerous proliferation disorders.  INHIBITOR is the exclusive U.S. licensee of SUBA-Itraconazole in certain fields, including prostate and lung cancer.  Clinical studies have shown SUBA-Itraconazole to have greater bioavailability than generic itraconazole, a drug approved by FDA for the treatment of certain fungal infections.  The Hedgehog signaling pathway is a major regulator of cellular processes in vertebrates, including cell differentiation, tissue polarity and cell proliferation.  Based on published research, INHIBITOR believes that inhibiting the Hedgehog pathway could delay or possibly prevent development and progression of certain cancers, such as prostate cancer, in humans.  Leveraging research undertaken by key investigators in the field, INHIBITOR is exploring the effectiveness of SUBA-Itraconazole as an anti-cancer agent to pursue its potential commercialization. INHIBITOR is headquartered in Tampa, Florida.  For more information, please visit www.inhibitortx.com.