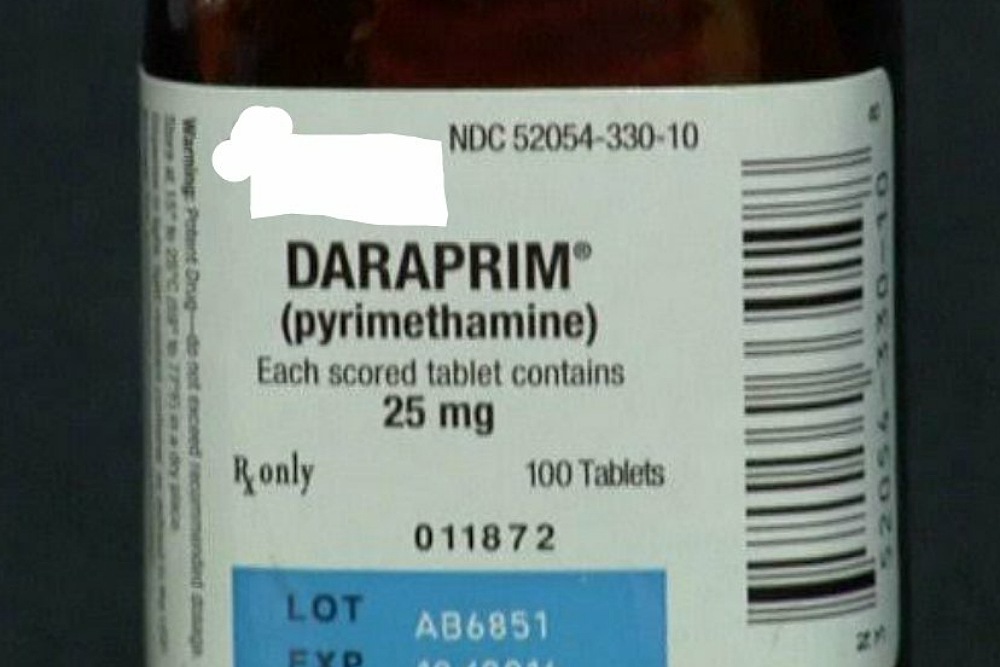 The U.S. Food and Drug Administration has approved an application for the first generic of Daraprim (pyrimethamine) tablets for the treatment of toxoplasmosis (an infection caused by the parasite Toxoplasma gondii) when used with a sulfonamide (a group of medicines used to treat bacterial infections).

“The FDA has a longstanding commitment to increasing competition in markets with limited or no generic alternatives. Through the FDA’s Drug Competition Action Plan, we’ve worked to remove barriers in generic drug development by not only taking actions that improve the efficiency of the development, review and approval of generic drugs, but also by closing loopholes that allow brand-name drug companies to ‘game’ the rules in ways that delay generic competition that Congress intended,” said FDA Commissioner Stephen M. Hahn, M.D. “Empowering patients and promoting choice and competition are top priorities for the FDA. These important efforts include improving access to safe, effective and high-quality generic medications. Today’s approval is especially important for populations that are more susceptible to toxoplasmosis infections, such as pregnant women and individuals with HIV or AIDS by paving the way for more choices in treatment options.”

Toxoplasmosis is an infection caused by a single-celled parasite called Toxoplasma gondii that, when severe, can cause damage to the brain, eyes or other organs. A Toxoplasma infection can occur, among other ways, by eating undercooked, contaminated meat or shellfish; drinking water contaminated with Toxoplasma; or by accidental swallowing of the parasite through contact with cat feces that contain Toxoplasma. It is considered to be the leading cause of death attributed to foodborne illness in the United States.

Severe toxoplasmosis is more likely in pregnant women and individuals who have weak immune systems, such as those with HIV or AIDS, those taking certain types of chemotherapy and those who have recently received an organ transplant. However, occasionally even persons with healthy immune systems may experience eye damage from toxoplasmosis.

Addressing the challenges related to developing generics and promoting more generic competition is a key part of the FDA’s Drug Competition Action Plan and the agency’s efforts to help increase patient access to more affordable medicines. Generic prescription drugs approved by the FDA have the same safety and efficacy as brand-name drugs, and the manufacturing and packaging sites must pass the same quality standards as those of brand-name drugs. FDA analysis has shown that greater competition among generic drug makers is associated with lower generic drug prices.

One area of focus under the action plan is improving the efficiency of the generic drug development, review and approval process, as well as closing loopholes that allow brand-name drug companies to delay the generic competition. As part of these important efforts, the FDA maintains a list of off-patent, off-exclusivity drug products without an approved generic to improve transparency and encourage the development and submission of applications for drugs with limited competition. Pyrimethamine is included on this list. The FDA also prioritizes the review of submissions for generic drugs for which there are fewer than three approved generic versions for the reference listed drug (RLD) and for which there are no blocking patents or exclusivities on the RLD.

Additionally, certain “gaming” tactics have been used at times to delay generic competition. One example is when brand-name drug manufacturers attempt to prevent potential generic applicants from obtaining samples of certain medicines necessary to support approval of a generic drug application. To improve transparency about this issue, the FDA posted a list identifying all drugs for which the FDA has received an inquiry related to limited distribution of the reference drug from a prospective generic applicant. Daraprim is on this list.

The most common side effects for pyrimethamine include hypersensitivity reactions (immune responses) that can occasionally be severe, such as Stevens-Johnson syndrome and toxic epidermal necrolysis (two forms of the same life-threatening disease that causes rash, skin peeling and sores on the mucous membranes), erythema multiforme (a skin disorder with bulls-eye-shaped lesions), anaphylaxis (a severe allergic reaction that may include difficulty breathing and shock) and hyperphenylalaninemia (elevated concentration of the amino acid phenylalanine in the blood), particularly when pyrimethamine is administered at the same time as a sulfonamide. With doses of pyrimethamine used for the treatment of toxoplasmosis, anorexia and vomiting may occur. Doses used in toxoplasmosis may produce megaloblastic anemia (a condition in which the bone marrow produces unusually large, structurally abnormal, immature red blood cells), leukopenia (low white blood cell count), thrombocytopenia (low blood platelet count), pancytopenia (low counts of white and red blood cells, as well as platelets), neutropenia (low level of the white blood cells called neutrophils), atrophic glossitis (a condition of the tongue), hematuria (the presence of blood in urine) and disorders of cardiac rhythm. Hematologic (blood) effects, however, may also occur at low doses in certain individuals. Pulmonary eosinophilia (inflammation of the lungs from an increase in the white blood cell eosinophils) has been reported rarely.

A small “starting” dose for toxoplasmosis is recommended in patients with convulsive disorders to avoid the potential nervous system toxicity of pyrimethamine. Pyrimethamine should be used with caution in patients with impaired renal (kidney) or hepatic (liver) function or in patients with possible folate deficiency, such as individuals with malabsorption syndrome, alcoholism or pregnancy, and those receiving therapy, such as phenytoin (an anti-epileptic drug), affecting folate levels.

The sponsor of the approved generic version of Daraprim Tablets is Cerovene Inc.