ABBVIE: Submits New Drug Application to US FDA for Investigational Elagolix for Management of Heavy Menstrual Bleeding Associated with Uterine Fibroids in Women 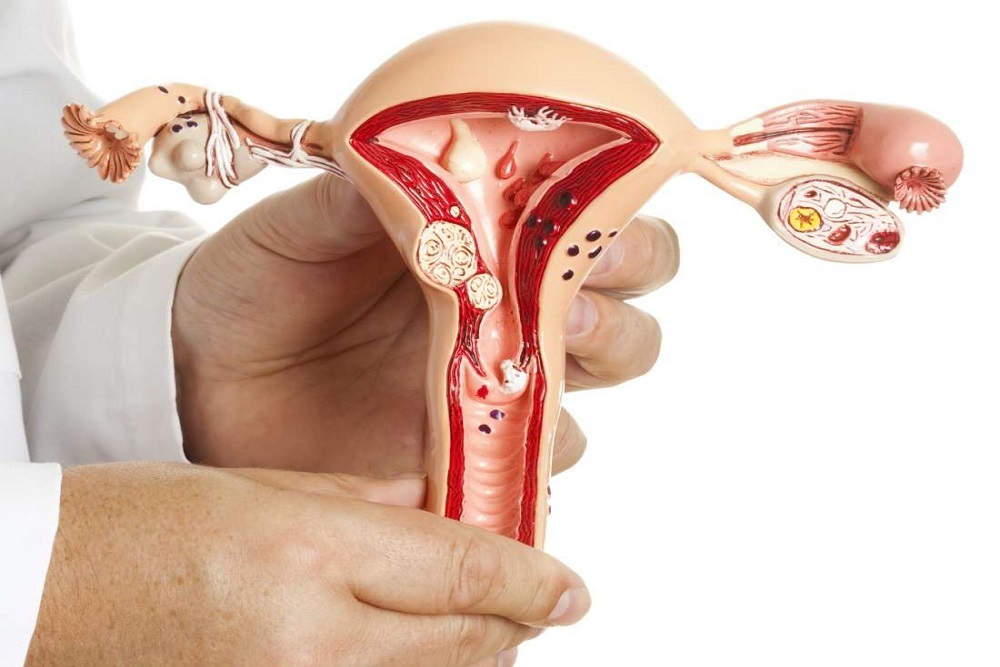 - Clinical trials in women with heavy menstrual bleeding (HMB) associated with uterine fibroids showed a statistically significant reduction in HMB with elagolix, in combination with add-back therapy, compared to placebo

- If approved, this will be an oral medical management treatment option for HMB associated with uterine fibroids

Uterine fibroids are non-cancerous, hormonally-responsive muscle tissue tumors of the uterus.1 They can affect up to 70% of Caucasian women and up to 80% of African American women by age 50.2 Fibroids can be asymptomatic but, in some women, fibroids can cause symptoms, such as heavy menstrual bleeding (HMB), vaginal bleeding at times other than menstruation, and anemia.1,3

"This submission brings us closer to our goal of improving care for women who continue to struggle with the often disruptive effects of uterine fibroids," said Michael Severino, M.D., vice chairman and president, AbbVie. "If approved, this combination has the potential to offer women and their healthcare providers an additional oral medical treatment option."

The NDA is supported by data from the elagolix Phase 3 uterine fibroid program, which evaluated nearly 800 premenopausal women with HMB associated with uterine fibroids in two pivotal studies (ELARIS UF-I and ELARIS UF-II) at approximately 100 sites in the U.S. and Canada. The replicate studies evaluated the safety, tolerability and efficacy of elagolix alone (300 mg twice daily, or BID) and in combination with low-dose hormone (add-back) therapy (estradiol 1.0 mg/norethindrone acetate 0.5 mg) in women with uterine fibroids for six months. An extension study permitted women to be treated for an additional six months.

The primary endpoint assessed the reduction in HMB compared to placebo as measured by the alkaline hematin method, an objective measurement of total menstrual blood loss (MBL) based on quantification of menstrual blood collected on sanitary products. In both studies, elagolix in combination with add back therapy met the primary endpoint. The most frequent adverse events reported (≥ 5 percent) were hot flush, night sweats, nausea, headache and fatigue.4

Top-line results from these clinical studies were previously announced at the 47th American Association of Gynecologic Laparoscopists (AAGL) Global Congress on Minimally Invasive Gynecology. Detailed results from the Phase 3 program will be published in a peer-reviewed medical journal later this year.

Elagolix for the management of HMB associated with uterine fibroids is investigational and its safety and efficacy have not been evaluated by any regulatory authorities.

Uterine fibroids (also called leiomyomas or myomas) are non-cancerous, hormonally-responsive muscle tissue tumors of the uterus.1 Fibroids are the most common type of abnormal growth in a woman's pelvis1 and can affect up to 70% of Caucasian women and up to 80% of African American women by age 50.2 Fibroids can range in size, shape, number and location.1,3 Fibroids can be asymptomatic but, in some women, they can cause symptoms such as heavy menstrual bleeding (HMB), vaginal bleeding at times other than menstruation, anemia, and other symptoms related to women's health.1,3  Treatment options for uterine fibroids include surgery (hysterectomy, myomectomy), endometrial ablation, uterine artery embolization, magnetic resonance imaging (MRI)-guided ultrasound and medical management with treatments such as oral contraceptives, progestins, selective progesterone receptor modulators, and gonadotropin-releasing hormone (GnRH) agonists.1,5

Elagolix is an orally-administered, nonpeptide, small molecule gonadotropin-releasing hormone (GnRH) receptor antagonist that inhibits endogenous GnRH signaling by binding competitively to GnRH receptors in the pituitary gland.6Administration results in dose-dependent suppression of luteinizing hormone (LH) and follicle-stimulating hormone (FSH), leading to decreased blood concentrations of the ovarian sex hormones estradiol and progesterone.6 Elagolix is currently being investigated in diseases that are mediated by ovarian sex hormones, such as uterine fibroids and polycystic ovary syndrome.

AbbVie is a global, research and development-based biopharmaceutical company committed to developing innovative advanced therapies for some of the world's most complex and critical conditions. The company's mission is to use its expertise, dedicated people and unique approach to innovation to markedly improve treatments across four primary therapeutic areas: immunology, oncology, virology and neuroscience. In more than 75 countries, AbbVie employees are working every day to advance health solutions for people around the world.